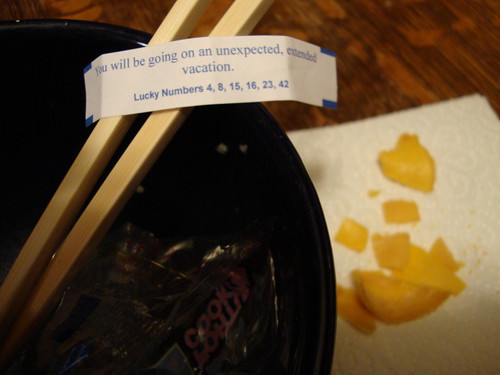 chebutykin's Jar of Fortunes set, and triggered by Rachel's sweatshirt at game night, I decided to do a Fortune shot myself.

Catch Me If You Can


My rating: 5 of 5 stars
This is a fascinating and fun film. Leo DiCaprio plays young con-man Frank Abagnale, Jr., who is pursued around the country and around the world by FBI Agent Carl Hanratty, played by Tom Hanks. Pilot, Doctor, Lawyer: Frank does them all. Based on the true story of Frank W. Abagnale, Jr., the film follows his exploits and the efforts of the FBI to capture him. I really enjoyed this film. It's over 2:20, but it certainly didn't feel that long. I can't remember who suggested that I see this, but thank you to whomever it was! Highly recommended.